← more from
Underwater Panther
Get fresh music recommendations delivered to your inbox every Friday. 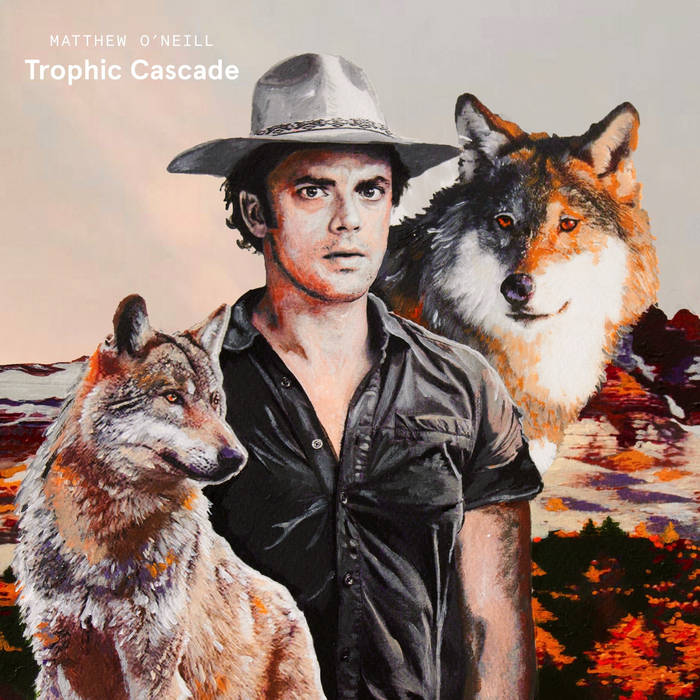 ”Matthew O’Neill follows his vision here, a potent mind-meld of early Pink Floyd space-rock, Jerry Garcia-esque laid-back roots music, and Native American-inspired earth-and-sky spirituality....a sort of mystic shaman sketching out his dreams and hopes for the earth he loves in the language he knows best: music.” - The Daily Vault

"With so much creative musical diversity flowing through, it's appeal will undoubtedly last for many generations." ~ No Depression

"Matthew O'Neill evokes a bittersweet emotion that is absolutely addicting. The fourteen tracks move effortlessly through Freak Folk, Alt-country and Indie rock...This is an album that has huge stylistic depth and a very high level of musical accomplishment. A definite must have.” ~ Big Bad Buckle

"Trophic Cascade expertly melds the psychedelia of 70’s Appalachian rock with the gritty and earthen roots of more recent times..." - For Folk's Sake

"Imagine, if you will bear the indulgence, Bon Iver and Shakey Graves coming together in the forests of the Catskills with Crosby, Stills, Nash, & mostly Young to create a modern southern soul album. Lots of wailing guitars, layered vocals, some horns, and trance-inducing rhythms and melodies that soar and twist." - Fervor Coulee (Canada)

"Alzheimer Blues" takes my deepest fear and grief and turns it into a groovy neo-soul banger." - Adobe and Teardrops

Fluid, groovy, and slightly psychedelic modern pop. Matthew O'Neill's music is different from much of what we hear, mainly because of the cool grooves and rhythms. If there are particular influences in this man's music, we can't hear ‘em. - BabySue.com

"The sincerity within his music shines through as it goes hand-in-hand with his message of appreciating and protecting our world’s natural beauty." ~NYSmusic

"Matthew O’Neill follows his vision here...a sort of mystic shaman sketching out his dreams and hopes for the earth he loves in the language he knows best: music.” - The Daily Vault

Bandcamp Daily  your guide to the world of Bandcamp

Little Brother joins the show to discuss their beautiful journey, plus tunes from Fat Tony